Daily/Observations is an on-going photography project that focuses on my observations of the residual evidence of ever-changing man-made environments. On my walks through the streets of Philadelphia, I'm constantly on drawn to various combinations and intersections of markings, discarded items, architecture, and interesting ephemra that reveals evidence of human lives impacting the world around them.

I'm also drawn to many of these scenes because they offer a unique view of the built world and the anonymous lives that contribute to the visual history of the city: a wall with grafitti that's buffed, then postered over, tagged again, wheat pasted and so on. Then, some of that is torn away and diminished by the weather, leaving traces of lives and their histories intertwined in a message that's impossible to decipher.

Much of my observations captured in these photos inform the paintings and works on paper that I've been making since 2015. What I take from the photos and put into my paintings aren't direct translations of what I see; but a general combination of filtered visual memories. 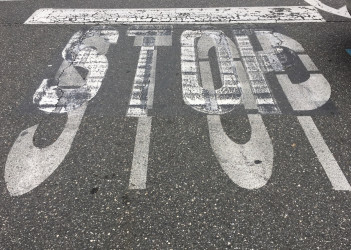 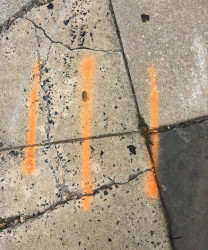 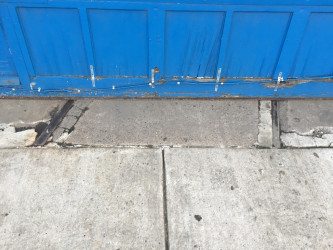 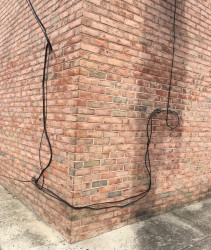