You Don't Know The Whole Thing 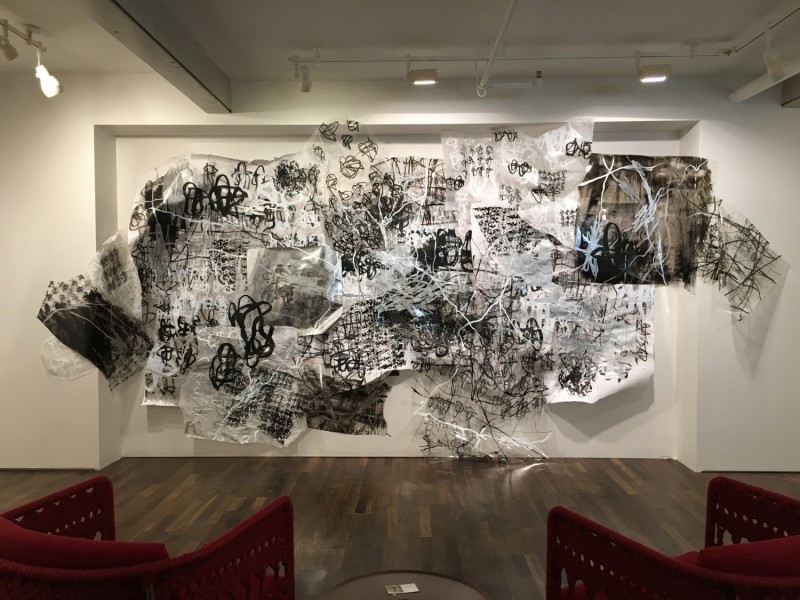 You Don't Know The Whole Thing was a temporary installation made in-situ at Poggenpohl-Philadelphia, a German kitchen showroom. It was on view from June-August 2019. I was invited to use a space in the showroom that once held a demostration kitchen that had sold and install some artwork. I proposed making a walll-based installation which resulted in YDKTWT.

This piece is an outgrowth of my interest in making temporary site-specific work. Prior to this, I made wall-based painting installations, but this is the first to have a three dimensional aspect. Paper is alowed to hang from freely from the wall and other elements are folded, taped together and overlapped to create visual interest.

YDKTWT is composed of drawings and stenciled images on paper, clear acetate, frosted and silver mylar and tracing paper. Some of the drawings were repurposed from earlier works, with others being made on site. The work was held together with nails and tape to enhance the feeling of it's fleeting existence. True to the title, I installed a small painting behind a folded drawing on the left side of the work.